IKON – ALL IN THE FAMILY

The consolidation of the ski resort industry and what it means for Steamboat.

The Steamboat Ski Area has a new parent company, and it is going to act like one. Alterra Mountain Company, the newly formed investment company that purchased Steamboat in 2017 is going so far as to refer to the 16 ski resorts it acquired in the first year as its “family.” The newly formed company plans to give Vail Resorts a run for its money. That’s because the ski industry is consolidating. Season pass collectives that offer access to multiple resorts have become the name of the game. There are many benefits from an economic standpoint, from lowering the high operating costs of running a ski resort to creating more capital for improvements and new development.

That’s good news for Steamboat, whose new “parent” promises to deliver on its promises for improvements, developments, and passholder benefits. 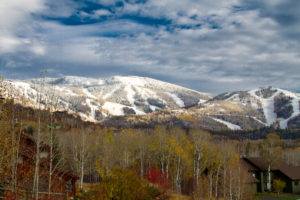 Steamboat’s ownership history mirrors the history of many ski areas in North America. It began as a small, locally owned ski hill with one double chair and a poma lift in 1963. It became a ski resort in 1969 when LTV Recreation Development Inc purchased it and invested $10 million in the development of Steamboat Village Resort. It changed hands twice before being acquired by American Skiing Company in 1997. Then came Intrawest, whose timing was less than ideal, hit hard by the recession in 2007-08.

Alterra, who purchased Steamboat in 2017, now owns sixteen mountains and counting, including world-class destination resorts like Aspen/Snowmass, Squaw Valley, and Jackson Hole. In addition to the resorts it has already acquired, it has 20 partners in the brand-new Ikon Pass, offering access to 36 ski resort destinations around the world including North America, Australia, and Japan as well as Canadian Mountain Holidays, a heli-skiing operation in British Columbia.

We caught up with David Perry, who left Aspen Skiing Company after 18 years to head up Alterra as its Chief Operating Officer, to get the inside scoop. 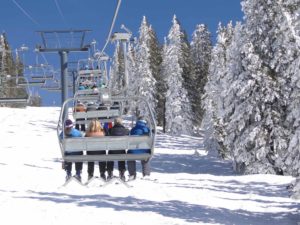 SSIR: You’ve been in the ski industry a long, long time. In broad strokes, let’s talk about this trend toward consolidation and what it means for the consumer.
Perry:  I’ve come full circle because my first ever job was with Canadian Mountain Holidays in 1977 and now CMH is part of our family of companies, a great operation with an awesome legacy. In terms of consolidation, if you step way back and look at businesses in general, consolidation is part of the life cycle of an industry. It’s true we are in a pretty significant market shift right now. Vail Resorts has been the biggest player and has had a long and unchallenged run with the Epic Pass and they’re doing a heck of a job. They built a publicly traded company with strong performance on Wall Street and a strong balance sheet so they’re very successful from a business standpoint. But it’s important to remember there are around 600 ski resorts in North America including Canada, so there is plenty of room for multi-resort operations out there. The goal is not world domination [laughs]. Now with Alterra coming on the scene, we’ve become a robust player in the industry.

SSIR: What is Alterra trying to accomplish?
Perry: We have a very clear business model and we think there’s plenty of room for us. Consolidation in any industry happens for scale, to be big enough to invest in things that a small independent resort can’t afford. We want to build a multi-resort pass, develop technology solutions to help better serve our customers, deploy capital, and be efficient in our spending. Honestly, I think that right now the wave of consolidation creates many benefits for the consumer.

SSIR: What are some of those benefits?
Perry: When you can provide a season pass that you can buy for under $1,000 and have access to 36 premiere destinations around the globe, that’s a great benefit for a dedicated skier or rider. When I started working at Colorado Ski Country back in 2000, season pass rates were dropping to 200 or 300 dollars for regional skiers and riders. I thought even then that the lower priced season pass or some kind of pass collective was going to penetrate the destination travel market. It took longer than expected, but it’s happening right now. 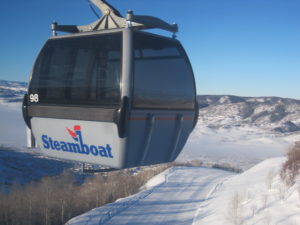 SSIR: Do you think that’s because of the high price of a single day lift ticket?
Perry: The industry has clearly been moving more toward pass based access. Nobody goes to the counter at the airport and buys the next flight just before they get on the plane. Now it’s crept into other industries; hotels, anything to do with travel and tourism, golf, and now in skiing there’s industry trends that are similar. You have to plan in advance and buy more than one day lift ticket to get any real value.

SSIR: What does Alterra look for when purchasing a ski resort?
Perry: We’re acquiring and partnering with resorts to create the best network of mountain resorts ever assembled. How do you define the best? It’s not the largest and it’s not about numbers. We have been working hard to acquire and partner with what we believe are the top operational resorts, the places people dream of traveling to. We want people to be able to have access to the resorts where they live so they can take care of their soul habit near home and also have access to the places they wish to travel to. We also look at independent rankings. Even in the first year before we’ve launched the use of the Ikon Pass, we already acquired 16 resorts that are in the top 30 according to SKI magazine ratings and Z Rankings. We think we’re off to a really powerful start. We’re talking Steamboat, Aspen, Jackson Hole, Alta, Snowbird, Taos, Mammoth, Squaw and Revelstoke. These are top resorts people dream about going to.

SSIR: What does Alterra mean for Steamboat?
Perry: First of all, locals can get the Ikon Pass for less than a regular season pass and have access to 36 resorts, so that’s a huge benefit. We are also committed to a renewed level of investment starting with the new Timber & Torch Restaurant, formerly the Bear River Bar & Grill, at the base village, which is currently undergoing a complete renovation. We asked each of the resorts in the family when we started, to tell us one customer facing capital investment project they’d like us to do in the first year. Steamboat wanted a new restaurant at the base area, but locals will also be seeing renewed investment in other projects too, like increasing the capacity of the gondola.

SSIR: What is the end goal for Steamboat? What is Alterra trying to accomplish?
Perry: The founding principal at Alterra is to preserve and enhance the individual character and personality of each individual resort. Alterra is a business to business operation, not a public facing brand. Steamboat is the name and the brand that matters. People who have their relationships and experience with Steamboat don’t care about Alterra. We don’t want to homogenize the resorts. We want to make sure we’re investing in the character of each place. Steamboat has a real western hospitality character with great snow, a tremendous mountain, and a wonderful community. All that is what makes it a great traveler destination. We want to enhance those things, not change those things. We have strong local leadership teams in place and decision making is collaborative; key decisions are based locally. What we love about skiing is going to all these different places and experiencing their unique character. No one wants to see some large company come in and change everything. Our owners are very committed to the principal of keeping resorts independent in many regards. But in terms of consolidation keeping them efficient; that’s where the economies of scale come in. With the multi resorts landscape and pass offerings, it’s a good time to be a skier or snowboarder.

For more information about the Ikon Pass, visit www.ikonpass.com.

Colorado Cuisine – Take a Walk in the Wild Side